BETHEL, AK, August 26, 2021 – As the permafrost continues to thaw, KYUK’s radio transmission tower is slowing and steadily sinking into the tundra.

To help the nonprofit public radio station continue broadcasting vital regional news, Yup’ik-language and cultural education programming, and emergency information, Wells Fargo has donated $200,000 for a new KYUK radio transmission tower.  The award is the largest contribution to the radio tower replacement project to date and the largest one-time corporate donation the station has ever received.

“We are incredibly grateful to the Wells Fargo team for providing this award,” said Shane Iverson, general manager of KYUK. “We’ve had many potential funding partners look at this project favorably, but Wells Fargo is the first to put its money on the line.”

KYUK plans to replace the decades-old tower with a new one designed to withstand the unstable tundra. KYUK is the only regional broadcaster in the Y-K Delta, providing free and universal access to vital local, national and international news and information in Yup’ik, the first language in many households.

Wells Fargo Alaska Region Bank President Greg Deal said they were introduced to the project in 2019 while on a philanthropic tour of the region. They learned of the outsized role KYUK plays in an area with no connecting roads and limited access to the internet.

“KYUK’s tower serves an entire region with essential bilingual news and information, especially during a disaster. Our longstanding connection with Alaska’s First People is deeply important to all of us at Wells Fargo. We are honored to support communities in the Y-K Delta with this critical infrastructure investment,” said Deal.

The total cost of the project is estimated to be $1.3 million. Iverson hopes that the Wells Fargo grant will inspire other funders to pitch in. He’s hopeful the release of federal funds following the American Rescue Plan Act (ARPA) will allow tribes and municipalities to contribute.

“As we serve the entire region, we’ll be searching for equitable contributions to this project,” said Iverson. “I guess you could say we’re starting out with a bang.”

KYUK hopes to have the new tower fully funded by this winter, which would allow for barging of materials in summer 2022 and installation of the new tower by fall 2022. 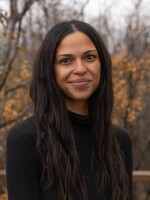