Climate change is accelerating erosion all over Alaska. When storms hit the village of Newtok, Albertina Charles is terrified of flooding and the encroaching river bank. She and her children grieve over the loss of their home and make plans for the future.

Mertarvik is a new village site, 9 miles away and high on the rocky hillside of Nelson Island. With construction on 21 homes complete, Charles and one-third of her community make the move to Mertarvik.

With no funding secured for the remaining housing, two-thirds of the villagers wait behind in Newtok amidst melting permafrost, sinking infrastructure, and a rapidly eroding riverbank.

Communities up and down the western coast of Alaska are seeking relocation, but there is no federal support for emergencies caused by "slow moving disasters" such as climate change-induced erosion.

This 12-minute documentary film highlights the grassroots effort by the community of Newtok to move to safety while maintaining geographical roots and a traditional way of life.

Newtok’s story has been widely covered by visiting journalists, but for the first time we hear the story as told by the Newtok Village Council to a film team primarily based in the Yukon-Kuskokwim Delta region of Alaska. This film was produced by KYUK and Bethel Community Services Foundation. 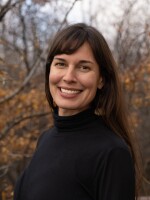