The Calista Corporation’s board met on Oct. 15 to approve the final amount for its November distribution to shareholders. Fall distributions have more than doubled since the Alaska Native corporation started paying them out in 2014.

Calista shareholders will receive $1 per share this November. The Akilista payments come out of an investment fund the corporation established in 2014. On average, shareholders own 100 shares, according to the corporation. Calista’s shareholder numbers are on the rise, topping 35,000 this year.

“For me, as a Calista shareholder, it makes it easier to not have to worry about getting it to the bank or worry about waiting for it to get through the mail. It just goes straight to the account," Slaten said.

The Calista Corporation will make a third payment to Elder shareholders, 65 and older, in December. Those payments are also pending board approval. 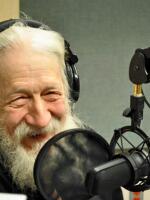