Heimel is well known to public radio fans all over Alaska.  He founded, and then hosted Talk of Alaska for over 20 years. He also hosted Alaska Morning News and the Alaska Economic Report for decades on the Alaska Public Radio Network before resigning in 2015. He continues to host The Truck Stop, a popular traditional country music show carried by KYUK, every Sunday afternoon on KNBA in Anchorage.

Eurich is a highly awarded journalist and producer. She’s the founding producer of Native America Calling and has served as News Director in several Alaska communities including Anchorage and Dillingham. She’s frequently contributed to NPR.

We, at KYUK, couldn’t be more thrilled to gain their insights and expertise. These are two incredibly well respected journalists, each with decades of experience. They’ll continue to build on our important role as a producer of fair, local reporting.

It could only be better if we could convince them to move to Bethel.

The hires are an experiment. Like many small stations we’ve struggled to find qualified journalists to relocate to rural Alaska to lead our news team.  Instead, Heimel and Eurich, who are married, will work remotely, and part-time, from Anchorage to edit and develop KYUK’s news staff. As part of the newsroom restructuring Anna Rose MacArthur will be promoted from reporter to News Director.  The news decision-making will remain in the KYUK newsroom but with guidance from Eurich and Heimel.

“I want to help the Yukon-Kuskokwim area develop a strong voice,” said Heimel. “We're all about skills transfer, always have been.  We used to travel across the continent, helping fledgling community radio stations develop news departments.”

Part of that work brought Eurich to KYUK for a short stint in the 1990s.

“I have fond memories of working with people in Bethel,” said Eurich.  “We are both excited to be able to work in an area of the nation where the indigenous language is still in active use.”

Eurich says KYUK is a crucial source of news not only for the Yup’ik people and the YK Delta but for the entire state.

“Some great creative work has been done at KYUK down through the years,” said Eurich. “It's an honor to help continue that tradition.” 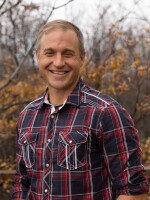